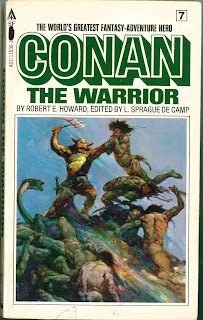 The Long Reach of Conan
Having recently discovered some older volumes of the Conan stories, collected and added to by L. Sprague De Camp in the Lancer/Ace paperbacks printed during my youth, I have been rereading these edited versions of stories including those penned by original Conan creator Robt. E. Howard, those "finished" by either De Camp or Lin Carter, and those Conan stories written by De Camp and Carter featuring a version of the Conan character somewhat different (more morally ambiguous?) than Howard's depiction of the noble savage.
The influence and impact of the Conan character and stories on the role-playing hobby has been immense. Gary Gygax mentions "Howard's Conan saga" in his 1973 Foreword to the original edition fantasy role-playing game and he and co-creator Dave Arneson are both known to have enjoyed the character. Conan is mentioned on the back cover of first edition of RuneQuest published in 1978. Conan is noted in Tunnels & Trolls as the inspiration for the warrior class in that system. 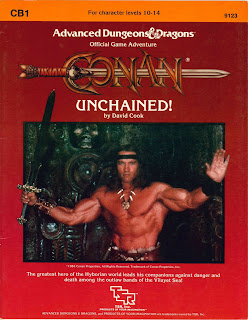 Over the decades since Mr. Gygax wrote that Foreword, Conan has been the subject of a number of supplements and game systems. In 1982 the film Conan The Barbarian was released starring body builder Arnold Schwarzenegger in the title role. TSR sought to leverage the popularity generated by the film with the release of a line of playing aids featuring the character Conan. 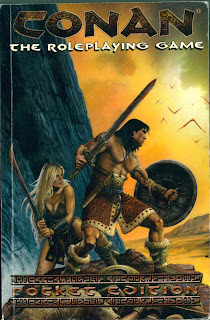 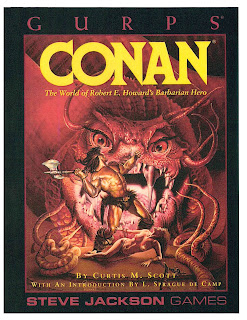 In 1989 Steve Jackson Games acquired a license to produce Conan products for its popular GURPS role-playing system. A setting book and several adventures, two bearing titles borrowed from Howard's stories were published and are still available as dital downloads from Stev Jackson Games. 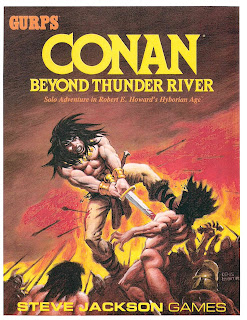 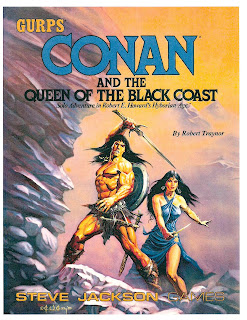 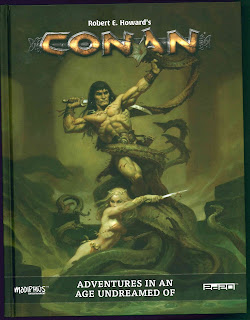 The great barbarian's influence in role-playing goes way beyond the games that have bore his name, however. You may indeed play a heroic barbarian by many names. Indeed, there are many fans of the barbarian motif and a number of excellent role-playing games are currently available for those not needing a licensed product. 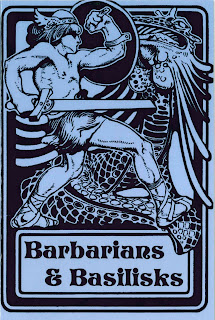 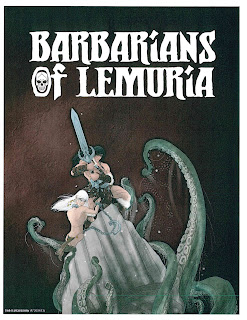 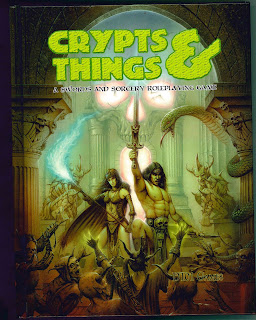 The muscled, mostly naked barbarian warrior popularized by images of Conan through pulps, comics and films have become an RPG industry standard and are used over and over to market products suggesting to prospective consumers a connection with the heroic adventure and excitement commonly associated with the Conan stories.
Posted by Fred Daniel at 5:14 AM