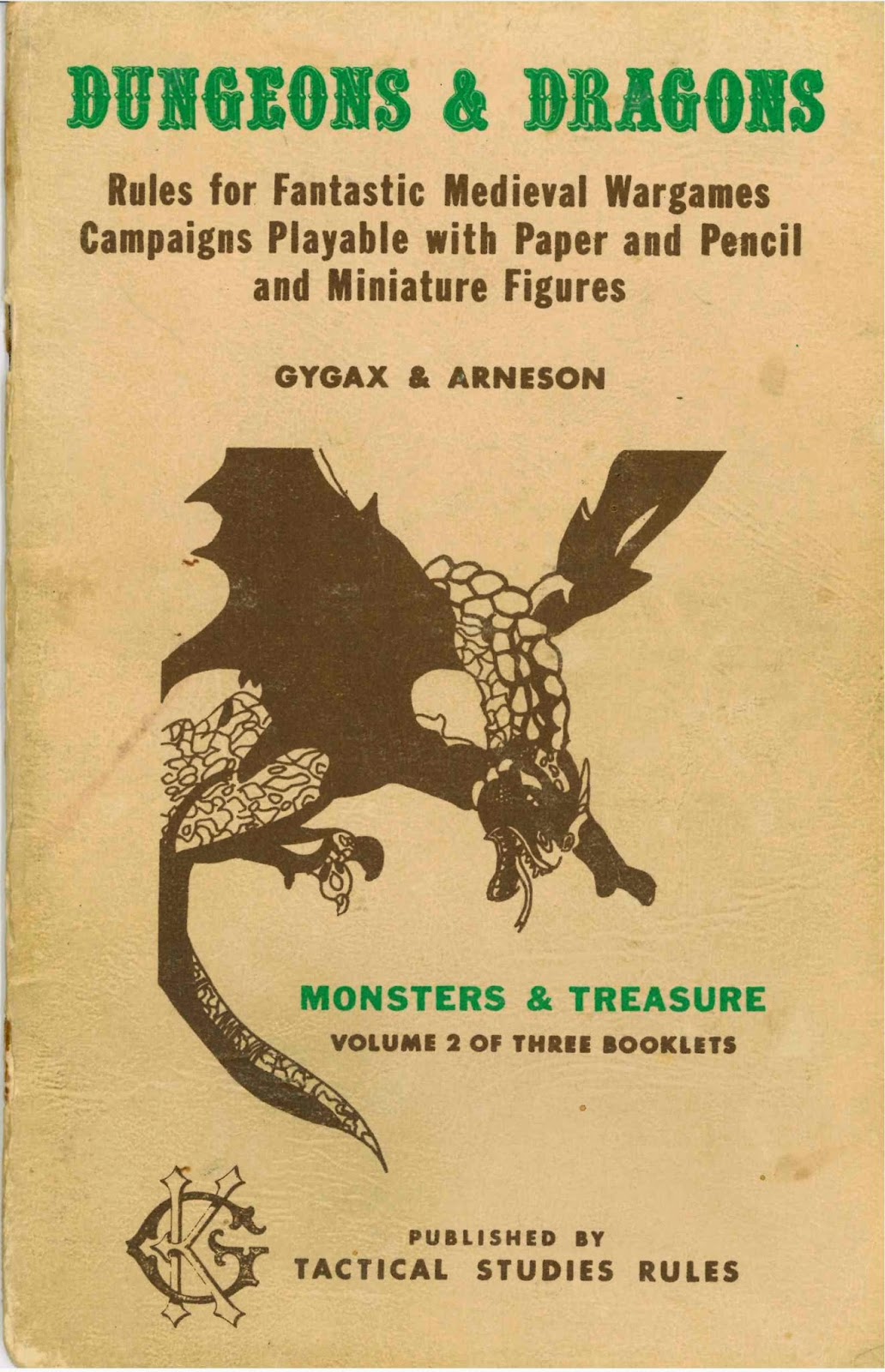 Volume 2, Monsters & Treasure weighs in at 40 pages and is pretty much what it says on the tin.  There is a Monster Reference Table with headings labeled Monster Type (name), Number Appearing, Armor Class, Move in Inches, Hit Dice, % in Liar (yep, liar not lair!) Type or Amount of Treasure. Most of these are self explanatory. I assume Liar is a misprint for Lair as that’s where the monster keeps its treasure.  Next follows several pages of monster descriptions.  There are a few illustrations of the monsters scattered about the book, but by no means is every monster illustrated as would occur in later editions of the game books.  The treasure section is mostly tables beginning with the Table of Treasure Types, then the Magic/Maps Determination Table… enough tables in all to roll-up many random treasure hordes for your brave player characters to discover in the lairs of monsters.  The magic swords, weapons and armor range from +1 to +3, no + 5 swords in the white box.  Magic swords all have an Alignment (Law, Neutrality or Chaos), Intelligence and Egoism rating. Pluses are to hit only, unless the sword has a specific damage plus such as against dragons.  Intelligent swords have powers including the ability to communicate with their owner.  A sword with a high Egoism can influence or control the wielder.  Magic weapons other than swords do not have Intelligence or Egoism, but generally their pluses to hit are also pluses to damage.  The tables list magic scrolls, rings, wands and staves.  There is a discussion toward the end of the book about Artifacts which are powerful and unique magic items to be designed by the referee. Once again a nod to the do-it-yourself, use your imagination spirit of the white box.

Posted by Fred Daniel at 5:16 AM No comments: